from the album Sun, out September 4
Cat Power - Ruin

On my last show this Thursday(noon-2) I will have my family on as guests
and my brother, Tim, will be playing an acoustic set of some of his band's songs
Im very excited so be sure to tune in. (stream www.kuci.org) 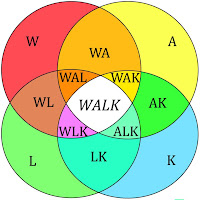 WALK is a band that formed in early 2006 by a group of friends who “finally decided to call it a band”. They have been creating music and playing shows ever since. The band includes Tim Jordan(guitar), Dan Apodaca(drums), Chris Kerrigan(keyboard) and Sean Guerin(bass). They have played a plethora of venues around LA ranging from the Troubadour to Tim’s living room and have toured up the coast to Olympia, Washington. The creativity and experience involved in being in a band is something that is hard to describe, but here is how Timmy describes his feelings and thoughts about making music.

How would you characterize and describe your process when creating music?

I think it’s a little like making a bed for yourself to sleep on. And you have a certain discomfort that only certain resonations or vibrations can sooth. I guess you start by hearing music in your head from another song, or even the way your walking and your dragging your feet *cachunck a chh*cachunck a chhhi* its sort of starts a tumbling of a song. It’s like narrating your own life with music. Create a soundtrack to your own life in a way.

What inspires you/ what are your songs about?

Probably like lamentations. A lot of my songs are about responsibility. Like singing or chanting an anthem. Making it ok to feel like you wanna do the right thing. It’s like having a conversation with someone and you wanna tell someone something and your don’t know how else to describe it other than to sing it.

Tell me about the formation and changing of your band?

I think it started in the first house I ever lived in and we had a studio that we could go make noise in. The band started forming around the drums. As I started to become more musical, friends of my brothers would come over and we would all play music. We had a tape recorder that only recorded one thing - so it would just record the whole room while we played. Then my friends Kenny, Andrew and Wyatt were the main ones and we were in the studio playing music and recording on Kenny’s 4-track recorder and when he  forgot the tape recorder in our studio, I started using it. Then it was almost like someone dropping miracle grow on something - I just used the tape recorder and had so much fun.

How many people and what instruments do you usually have in the band?

I think always guitar, bass, drums were kind of the core. I think the band sounds adequate with the 3. But other interesting stuff happens when you add more people, so I think 4 is good and its worth having the extra guitar or keyboards - It gives that song something.

How do you feel when you perform onstage?

I think it’s similar to what I was hoping to achieve when writing or coming up with the song. Having to create the song and getting to relive it - as if it was the first time. So its really liberating onstage to kind of let the cords loose. 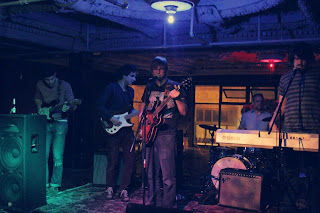 What is the hardest part about playing music in a band?

I guess timing. Well I’m thinking- getting everyone in the same place at the same time. So even being a band or being friends for any length of time you start drifting away from each other and being a band does not always help you get together… And always remembering to have a tape recorder. Keep everything you can, cuz you don’t know when something good is gonna happen.

Considering you’re a small local band, do you face any challenges getting your band’s name out there?

What are some goals you would like to see your band reach.

Maybe to make a totem pole of all of our heads, that would be pretty cool. To have an artifact, or have like a monument, I guess (chuckles). It doesn’t have to be a big monument. It should be easy to find, that’s all. Like a good thing to visit, “this is the WALK totem pole.” Having it be discovered but not in the same way.

Do you want your band to eventually get super famous?

I think I just wanna share with the most people that I can. And the music is powerful and nourishing but I would want whoever needed it to have it - so if that means being super famous. I would be ok if nobody told me they liked our music. It’s not for me to know, its just for them to check out.

Do you think your music is the best?

I think there is really really great music out there. I don’t know every new band, but I think there are better bands than ours. Of course there are so many aspiring artists – creative, creative people. I like a lot of bands, but I love my band extra cuz its mine.